Stay connected with our regular newsletter.

Walk Liberty is an interactive, online portal that showcases the rich history, public spaces, and dynamic and eclectic businesses of Liberty Village. Get outside, explore the neighbourhood and support your local businesses.

This is one of thirteen stops along a walking tour of Liberty Village.

The Bakery, at 2 Fraser Avenue, is one of Liberty Village’s newest office buildings, though the building itself is over 100 years old. Built for Henry Disston & Sons, which manufactured wood saws, it was converted into an industrial bakery for the Canada Bread Company, whose brands include Dempster’s sliced bread. After closing in 2012, the old bread factory was purchased by York Heritage Properties and Adgar Canada, who renovated the building, including removal of metal cladding to reveal century-old architectural details. Today, 750 employees are employed by The Bakery’s tenants, which include film technical effects company Stereo D, and information technology firms Vena Solutions and Softchoice.

The old Canada Bread silos, like the one here at the foot of Mowat Avenue, were removed during renovations, painted by local professional mural artists, and placed along the South Liberty Trail. During normal business hours, the public is welcome to pass through The Bakery’s main corridor between Fraser and Mowat Avenues, part of the public trail between Dufferin Street and Atlantic Avenue.

Next to the silo is a plaque describing the history of Fort Rouillé, which once stood south of here, on what is now the Exhibition Grounds. Fort Rouillé was built by the French in 1751 mainly as a trading post, strategically located near the south end of the Toronto Carrying Place Trail, an important First Nations route connecting Lake Ontario and Lake Huron. The fort was abandoned and destroyed in 1759 during the Seven Years’ War. The fort’s location on the Exhibition Place grounds, west of the Better Living Centre, is marked with an obelisk and a concrete outline of the fort’s walls.

Look for other plaques and silo murals as you walk east towards Atlantic Avenue. 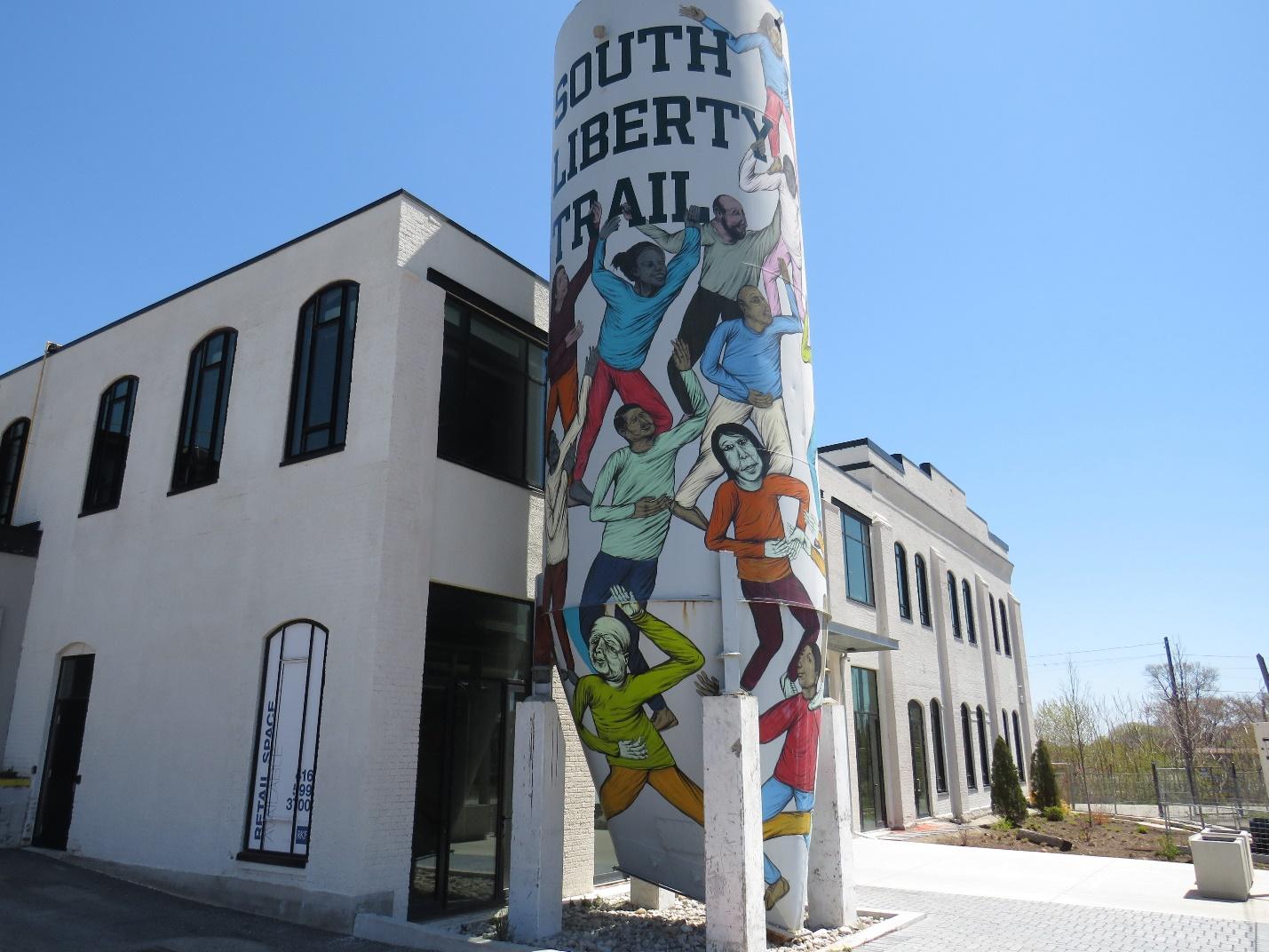