Stay connected with our regular newsletter.

Walk Liberty is an interactive, online portal that showcases the rich history, public spaces, and dynamic and eclectic businesses of Liberty Village. Get outside, explore the neighbourhood and support your local businesses.

This is one of thirteen stops along a walking tour of Liberty Village.

Welcome to Liberty Village’s southern gateway. The GO station, just to the south, is a portal to Exhibition Place and Ontario Place, connecting Liberty Village to sports and music venues and to the waterfront parks system. This is also the eastern end of the South Liberty Trail, which extends west to Dufferin Street.

Though Exhibition Station opened here in 1968 for CNE crowds and other special events, it wasn’t until 1998 that the station saw regular service and a proper, underground connection to Atlantic Avenue. This connection allows sports fans attending games at BMO Field and Coca-Cola Coliseum to visit Liberty Village’s cafés, pubs, and restaurants before and after games, and for Liberty Village workers and residents to easily get to GO trains and TTC streetcars on the south side of the tracks.

Within a decade, this area will become an even more important transit hub, as Exhibition Station will be the western terminus of the planned Ontario Line, which is expected to begin construction in 2023. In addition, Metrolinx is planning the expansion of its GO rail network, which will see frequent, electric train service stopping here every 15 minutes. A new station, tentatively called King-Liberty, is planned near the corner of Atlantic Avenue and King Street to serve trains on the GO Kitchener line.

On the west side of Atlantic Avenue is the former Winnipeg Ceiling and Roofing Company building, constructed between 1913 and 1924. The company produced steel roofing and ceiling panels, as well as the first corrugated steel grain silo, which is now a common sight across Western Canada. In 1985, the building became home to one of Ontario’s first microbreweries, the Upper Canada Brewing Company, which operated here until 1998. Today, 2 Atlantic Avenue is the headquarters and studio for fashion retailer Joe Fresh.

Learn more about the synergy between Liberty Village, Exhibition Place, and Ontario Place at Stop 12, on the south side of Exhibition GO Station. 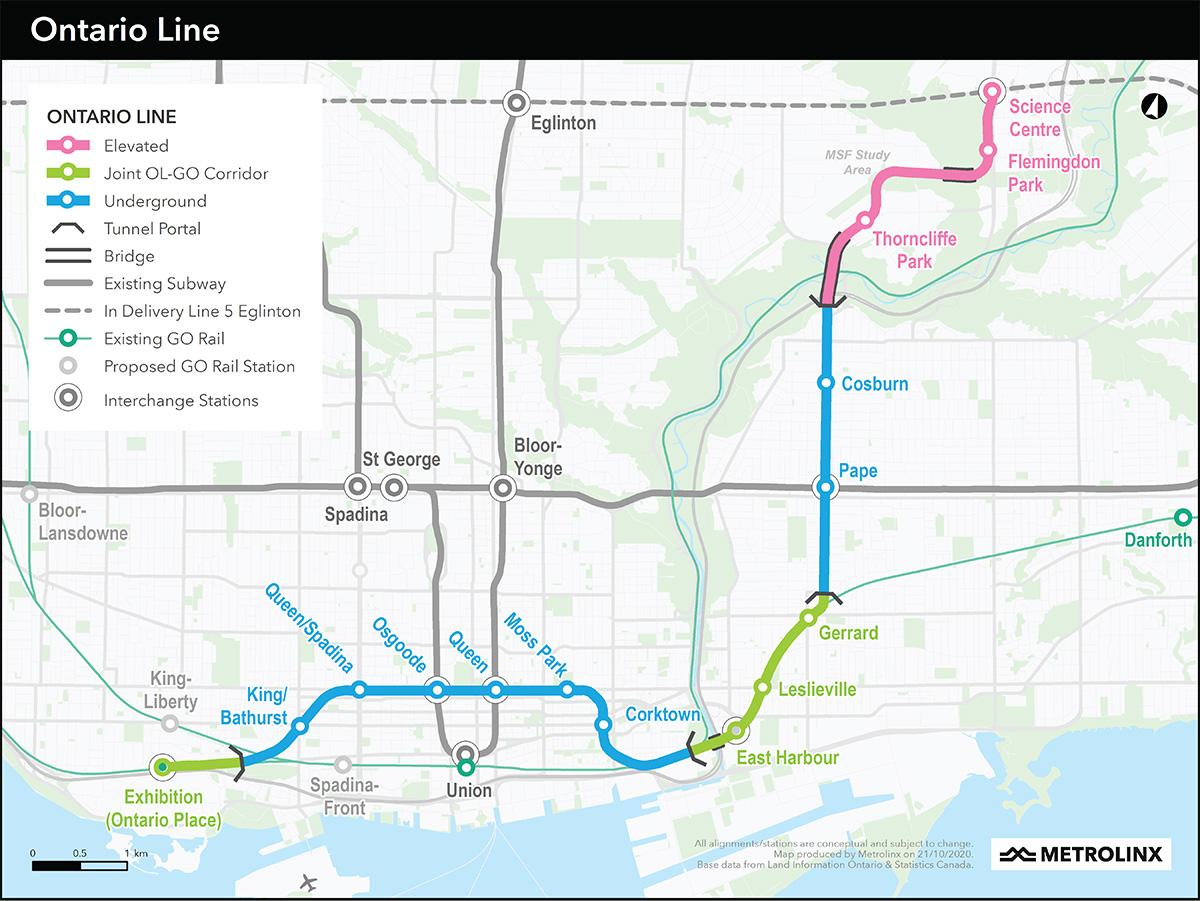 With a planned new King-Liberty GO Station and the proposed Ontario Line, Liberty Village will be connected like never before. Metrolinx map illustrating the new Ontario Line. 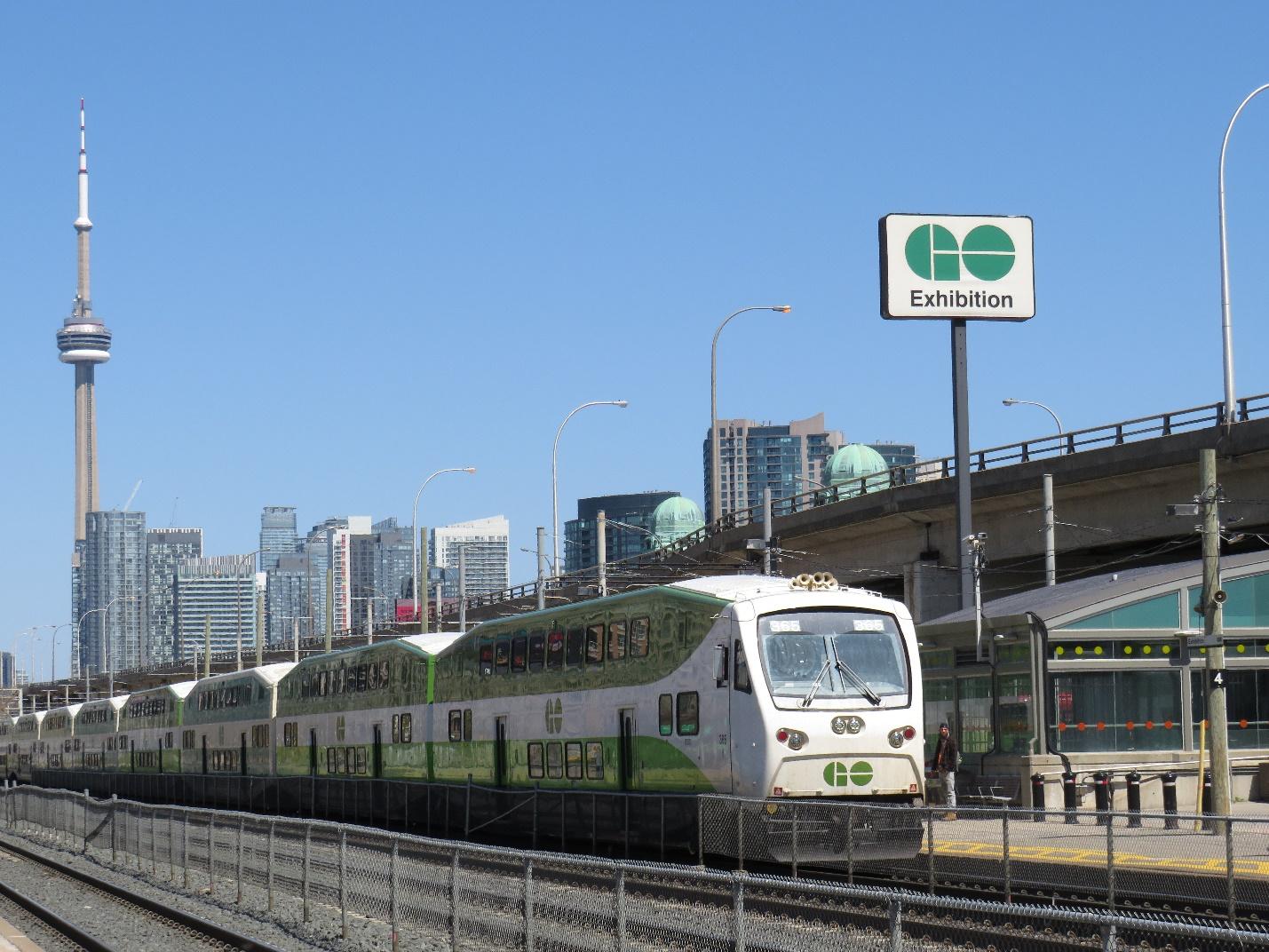 Support Local. Check out these nearby businesses!